The Science and Technique Museum: Milan In Tour

This year the Science and Technique Museum of Milan – titled to Leonardo, is going to celebrate the 500 years of Da Vinci disappearance.
Leonardo da Vinci is considered to be one of the main representatives of the dialogue between scientific and humanistic disciplines. His versatile activity was rooted in creativity, observation skills, constant research and experimental work. Da Vinci’s thinking was fluid, ready to identify the connection among things, integrating dream and reality, giving equal value to the possible and the existing, consciously inclined to read the world in its unity.

The temporary exhibition “Leonardo Da Vinci Parade” – curated and developed by the Science and Technique Museum – comprises a large selection of fascinating models built in the 1950s through the interpretation of Leonardesque drawings and frescoes by sixteenth century Lombard artists, granted for storage in 1952 by the Pinacoteca di Brera, directed at the time by Fernanda Wittgens. The Museum celebrates its origins by evocatively exhibiting the two collections with which it opened to the public on February 15th, 1953. Next to the machines there are recently restored plaster and terracotta models of military and civil architectures – many of which have not been on display for years. 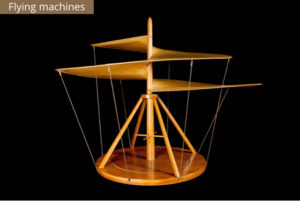 The Museum was born in 1953 from a great idea, which was visionary then as it is still today.

“The Museum is alive, it belongs to everyone and is open to everyone. Nowadays the world goes on at a vertiginous pace, and we are all in search of the reasons for it and of its possibilities. The Museum lives, it is the Museum of the World’s Becoming “.

Leonardo da Vinci is best known as an artist, his work as a scientist and an inventor make him a true Renaissance man. He serves as a role model applying the scientific method to every aspect of life, including art and music. Although he is best known for his dramatic and expressive artwork, Leonardo also conducted dozens of carefully thought out experiments and created futuristic inventions that were groundbreaking for the time.

His keen eye and quick mind led him to make important scientific discoveries, yet he never published his ideas. He was a vegetarian who loved animals and despised war, yet he worked as a military engineer to invent advanced and deadly weapons. He was one of the greatest painters of the Italian Renaissance, yet he left only a handful of completed paintings.

Navigate this website to learn more about Leonardo’s brilliant and imaginative mind, and the art, inventions, and discoveries that he made. 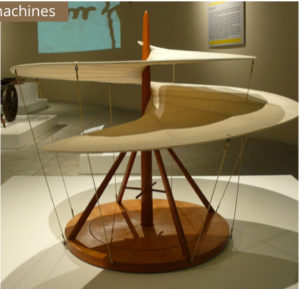 The Science and Technique Museum holds the most important historical collection in the world of machine models based on the academic interpretation of Da Vinci’s drawings. These were manufactured between 1952 and 1956 and created by a group of reputable scholars through a complex work of interpretation.

The collection includes more than 130 models connected to Da Vinci’s different fields of interest: from flight to military engineering, from architecture to work machines.

Today these models represent exceptional tools for the study and scientific dissemination of Da Vinci’s technical-scientific work, besides having a unique educational value. The exceptionality of these models rests not only in their contribution to the comprehension of Da Vinci’s drawings but also, more than 60 years later, in their artistic and museological significance.